I think we need to revisit the way we talk about God and His story.

For various historical and cultural reasons we (people within Christian culture) tend to use legal language to describe Biblical realities.

Legal language is certainly used in Scripture, but I would like to suggest that the foundational framework for understanding God, ourselves and Creation is relational rather than legal (if you would like me to lay out a case for this from Scripture, leave a note in the comments).

The way we understand and tell God’s story shapes what we say ‘yes’ to, which in turn has a huge impact on the direction and shape of our lives and discipleship journey.

Jesus’ Gospel had completely continuity from evangelism and discipleship. So did Paul’s;

“Therefore, as you received Christ Jesus the Lord, so walk in him, rooted and built up in him and established in the faith, just as you were taught, abounding in thanksgiving.”
– Colossians 2:6–7 (ESV)

The Gospel we hear proclaimed often doesn’t have obvious continuity between ‘acceptance’ and ‘the rest of my life’.

The should be a challenge and an invitation that never stops challenging and inviting both those listening and those proclaiming. We are making fresh responses to the Gospel continually as we move through each day.

There’s a lot I could write about that (and probably will) but for now I’ll just the say that I think the word “evangelism” is better understood “telling God’s story” – and His story always comes with an invitation to step back intorelationship with Him through trusting obedience. Similarly, I think “discipleship” should be understood in terms of “learning to trust God as a person and align ourselves with His loving reign and rule”.

An Attempt To Tell The Story

A couple of years ago I tried to summarise God’s story in a few minutes using relational language rather than legal or religious language (along with a well-known diagram).

Personally, I’m not comfortable going around looking for people to ‘do’ this with. However, it is a tool I can draw on whenever it is appropriate and will serve the other person, and it is a framework that continues to shape and challenge my own discipleship walk.

I have several goals in telling the story this way:

– be faithful to what the Bible is communicating
– use relational imagery/language rather than religious or legal imagery/language
– tell the story rather than trying to convince (God’s job – Jn 6:44-45)
– give the hearer complete clarity as to what God’s is inviting them to through this story – they have a clear picture of what saying “yes” means for the rest of their life
– give God’s basic invitation without watering anything down, and yet being accessible to as many worldviews as possible

How do you think I did?

How would your non-Jesus-following friends react?

How would you tell the story?

1 Corinthians 4:1-7 speaks powerfully to a foundational element of the Gospel. It has come up in four different conversations in the last 10 days, so I’m going to write about it.

Voices are a big deal. Our lives are dominated by many, many voices, internal and external, competing for our attention and often in conflict with each other.

I want to suggest that the story God is telling through the Bible makes sense in terms of competing voices, and that this offers a compelling framework for understanding salvation, evangelism and discipleship.

The good news proclaimed by Jesus is essentially an invitation to embrace the authority of The One Voice over all others;

Now after John was arrested, Jesus came into Galilee, proclaiming the gospel of God,and saying, “The time is fulfilled, and the kingdom of God is at hand; repent and believe in the gospel.” – Mark 1:14–15 (ESV)

The reference to God’s Kingdom (among other things) points back to the only previous time when God’s reign and rule was complete and unopposed in Genesis 1-2.

This was broken in Genesis 3 when His voice was ignored and His authority rejected in favour of other voices (the serpent and personal desire). Humans chose to reject God’s voice and trust and obey others instead.

When God is rejected as loving Father and King, relationship with Him is not possible – this is who He is.

God’s solution is to bring Creation back into the alignment with His reign and rule that we see in Genesis 1-2. He does not do this by brute force, but by invitation. 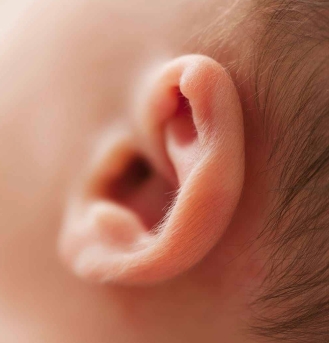 Jesus’ Gospel proclamation is a decisive moment in history as God engineers a reversal of Genesis 3. Jesus is inviting us to step into God’s cosmic restoration project as He works both *sovereignly* AND *collaboratively* to heal the brokenness of Creation.

He invites us to (re-)align our individual spheres of authority under His – to step back into the relationship of trusting obedience which characterised Adam and Eve in Gen 1-2, and Jesus, and everybody in Scripture who was said to have please Him. Thanks to Jesus death and resurrection, this kind of relationship is now actually possible – sealed, guaranteed and enabled by the giving of the Holy Spirit.

Within that framework, I’d like to suggest that evangelism – understood biblically rather than culturally – is simply the invitation to listen and yield to the voice (and authority) of the King over and above all other voices (and authorities).

Discipleship is the process of working that out more and more comprehensively in our lives. A never-ending process as we align ourselves with His voice and reign and progressively bring the other voices into submission to His – our physical desires, emotions, thoughts, important people in our lives, mass marketing and media, tradition and culture. Not that we stop listening to these voices, but we deny them automatic authority over us and test what they are saying against Word and Spirit whenever they try to exert authority over our lives.

Which brings us back to 1 Corinthians 4.

Paul lets us into his head as he identifies and debunks the different voices which are demanding his attention and trust in the particular situation he is responding to.

Paul is responding to divisions amongst the disciples in Corinth who are identifying themselves with different apostolic leaders (criticism of Paul is strongly implied). He doesn’t pay attention to what they say or their evaluation of him – he doesn’t rate their ability to make an accurate judgment. Neither does he trust his own evaluation of himself – his conscience and assessment are unreliable indicators. The only evaluation He trusts is God’s.

The great thing is that we don’t have to wait until ‘that day’ to hear God’s opinion/judgment – He speaks now.

Jesus made it clear that hearing and responding to God’s voice was the foundation of salvation and a restored relationship with the Father (John 6:43-45), and expected His sheep to recognise and respond to His voice (John 10:1-16).

He speaks through His Word and He speaks by His Spirit, given post-ascension as a seal and guarantee of God’s promise that we are His (Ephesians 1:11-14) to teach us, to remind us of everything Jesus said (John 14:25), to convict concerning sin, righteousness and judgment (John 16:7-11), and to guide us into all truth (John 16:13).

We now have sure access to a ‘new’ voice, bringing us full circle back to the possibility go growing into that Genesis 1-2 relationship.

Within the context of God’s broader cosmic agenda of restoring Creation to His rule and reign, the end goal for the individual “son” is ‘being conformed to the image of [God’s] Son’ (Rom 8:29) – a process.

However, this is neither smooth nor inevitable. Hebrews 5:11-14 implies that there is a process of trial and error as we learn to discern His voice to us through Word and Spirit, and the context suggests that the original readers were actually slipping backwards.

Romans 12:1-2 describes a process of surrendering ourselves fully to Him, experiencing transformation as we die to the other voices that make claims on us (‘the patterns of this world’). This results in an increased ability to discern and respond to His will, and deepened alignment with His reign and rule – discipleship!

Our Response to the Voice Buffet

Each one of these voices (see the menu above) has a particular agenda and perspective.

Only one of these ‘voices’ is 100% reliable. Only God has shown Himself to have genuine integrity, honesty and other-centredness. To be both righteous and merciful, holy and gracious, fair and impartial.

All the other voices are unreliable, at best. All of them will inevitably have mixed motives, imperfect character and limited perspective and knowledge because of their source. Many of them are good to listen to, but none of them should take a place of authority over the Father.

Whatever voice speaks into our situation in any given moment, it’s critical that we take the thought captive, pause and ask the Father what He wants to say. At heart, evangelism is an invitation to do just that.

In the longer term we need to dedicate time to listening to the Father and getting to know Him better so we can recognise and respond to Him when He speaks, and discern voices that don’t belong to Him. At heart, discipleship is just that.

Whatever else we do in evangelism and discipleship, it must involve empowering people to hear God’s voice and respond to what He says.

I was recently reading and reflecting on 1 Corinthians 11:17-34.

As followers of Jesus, it is easy to slip into doing certain things simply because they are associated with being Christian, ie obedience to Christian culture rather than obedience to Jesus.

Communion/the Lord’s Supper is one of these practices. Leaving aside the question of whether Jesus actually commanded it in the form that it is frequently practised, I found it very rich to try forget what I “know” about Communion and try to soak in this passage from 1 Corinthians with fresh eyes.

If this passage was all that I had, I would see “the Lord’s Supper” as an event where these disciples of Jesus were coming together to eat and drink normal food, with Jesus as both the centre and the catalyst of their community.

END_OF_DOCUMENT_TOKEN_TO_BE_REPLACED

This work is licensed under a Creative Commons Attribution-NonCommercial-ShareAlike 4.0 International License.